Attributed to a number of artists, from Weird Al Yankovic to Adam Sandler, to the South Park Crew, this number is set to The Carmen Suite No. 1, and delightfully parodies American Beer culture.

#9: Roadhouse Blues, by The Doors

That rhythm. Definitely a song I listen to more for the tune than the lyrics.

Waits’ voice cannot be described as dulcet, but it is nonetheless enrapturing. And while deciphering his lyrics is about as easy as Sisyphus’ task, this song is a great example of his signature style. Besides, it’s about drinking, but that’s a pretty common subject for Waits.

#6: I Hardly Ever Sing Beer-Drinking Songs, by Johnny Cash

Yeah, maybe, but that heroin… Seriously, though, the man’s voice is a treat, and it’s nice to hear him sing about something nice once in a while.

#5: Or Hi Parra (The Tavern), by an unidentified minstrel about 800 years ago

Basically the 13th century version of #7.

Skillfully highlighting the two diametric ways of drinking beer in one song.

#3: In Heaven, There is no Beer, by The Soggy Bottom Boys

A frightening revelation, brought to you with the nicest twang I ever heard.

#2: Seeing Double at The Triple Rock, by NoFX

I love this band, and The Triple Rock is a real place—a bastion of punk rock and craft brews in Minneapolis. And according to the video, Jesus stops by sometimes.

#1: One Bourbon, One Scotch, One Beer, by John Lee Hooker (or George Thorogood)

Actually, neither men created this song originally, but it doesn’t really matter. Every version tells a unique, compelling hard-luck narrative, finishing with a frightening alcoholic triad. 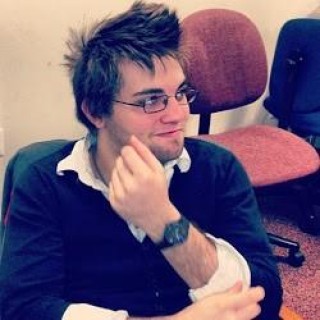 I won’t tell you what I’m doing every seconf of my life.

Celebrating the art of brewing in New Jersey

Finding Good Food on a Budget

I Drink Coffee and So Should You

The latest news on WordPress.com and the WordPress community.